Habits of Work and Learning, or ‘HOWLs,’ as we call them at McAuliffe, define the building of character into classes and products.  While “Learning Targets” are focused on an academic goal for an allotted time in class, such as “I can describe how natural disasters happen and how to predict them,”  or, “I can define how word choice in Chapter One of To Kill a Mockingbird shows tone.” HOWLs Targets describe how students should act while striving to achieve their set learning targets. McAuliffe’s HOWLs are Collaboration, Perseverance, Responsibility, and Respect. Now that you have a basic understanding, let’s see these in action.

For the purpose of an example, you are in an 8th grade Social Studies Class, where the HOWLs target is “I can collaborate with and respect my groupmates while giving feedback on the causes of the Salem Witch Trials Essay,” where everybody used evidence and theories from our case study of Salem, Massachusetts, to make an argument for the causes of the witch hysteria. If your group mate said that they thought the Salem Witch Trials was caused by food poisoning in the local grains, but lacked sufficient evidence, you would be nice, and respect them in recommending some backing to their claim, instead of yelling at them because their essay is unreliable. One may also collaborate in this circumstance by following protocol in how they give their feedback, and work well with their peer to improve both essays.

Another important feature at McAuliffe is goal setting. Goals are made and tracked continuously throughout the school year. We use these to improve our academics, but also our HOWLs. An example of my goal from the beginning of the year was “I will give time to work on the pronunciation and usage of words, structures, and grammatical rules out of school for French class until February break.” 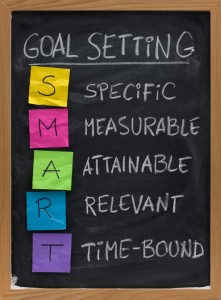 When setting goals, scholars try to make them ‘S.M.A.R.T.,’ meaning specific, measurable, achievable, realistic, and time bound. This allows us to have the best goal available to own our learning. In addition, it is important for scholars to find what they can improve on, and advocate for themselves so that they may become better scholars, and better equipped for the future.

Overall, HOWLs allow scholars to pinpoint their character skills, and better improve themselves by the methods in which they act. Personally, I met my goal about my studies in French by tracking my progress on the vocabulary that we were learning, and measured how I could spontaneously use it, as well as looking back on the goal in crew. Maybe a student has academic proficiency, but has a lot of trouble persevering through work. Now, perseverance, along with responsibility, respect, and collaboration are all important not only now, but in the future as well.

At McAuliffe, we foster the scholar, and better prepare them for future endeavors.