I assigned my science students the task of writing a story. It was part of our study of the Systems of the Human Body. To start the digestive system unit, I gave each student a single Ritz Cracker to demonstrate the very beginnings of the digestive process in the mouth. Later, I asked them to write the story of the journey the cracker took through their digestive system. The goal was to get them to think about every step of digestion.

Here is my assignment and the response by one of our McAuliffe students – Lucas M.  I think you will agree Lucas’ story is exceptional.

Once upon a time I ate a Ritz Cracker. I put it in my mouth where my teeth crunched it up. While it was in my mouth, my salivary glands…

-We have infiltrated the base

-They’ve got John! Cracker down! *static*er down!

This is officer John Salt, I just been separated from my team, I don’t have communication, and I don’t have much time. I’m recording this so that if I don’t survive, hopefully someone will find this recording once Timmy’s “elimination” has completed. I’m currently in his mouth, my suit will protect my conscience from disappearing even if my physical form is destroyed. The suit will survive, they’ve been built to survive conditions far worse than this, but whether it will hold together enough to keep me alive or not is up to fate. I can see his teeth, they’re terrifying, incredibly sophisticated pieces of evolutionary engineering designed for one thing: the utter destruction and disassembly of everything they come into contact with. But that’s only one terror of the mouth. The teeth are accompanied by the salivary glands and the tongue. The tongue acts as the teeth’s helper, picking things free and helping them crush and grind against each other. The salivary glands create oceans of a fluid that helps break down any unlucky piece of food that enters the mouth.

Oh no, looks like Timmy is swallowing, we’re about to head down the Esophagus, a tube that carries maimed food to its real death, on it’s way down, a flap called the epiglottis prevents food from going down the windpipe and choking Timmy.

Oh crap, here it comes, we’re entering the stomach. This is where food is broken down to molecular sizes, and distributed across Timmy’s body just to feed his never ending search for energy and sustenance. Here food both broken down by chemicals, in what is called “chemical digestion” and also physically broken into smaller pieces in what is called “physical” digestion. Meanwhile, the liver, which acts as a processing plant for the food, is taking in the nutrients and processing it so it can be used. It also secretes bile that helps with digesting fat.

Oh, no, there’s a breach in my suit. I don’t have much more time, but we’re moving on into the duodenum, where we’ll be mixed with bile from the liver that’s been stored in the gallbladder. I’m going to initiate the conscience suspension sequence now, it’s emergency protocol when someone’s suit is breached. Initiate conscience suspension sequence, Officer John Salt, team Foxtrot, authorization charlie-blue-7.

Ladies and Gentleman, I’m terribly sorry to say that officer John Salt was lost on the afternoon of 7/22/14. He was eaten by experiment 73, aka “Timmy” when performing a high risk reconnaissance mission. It is believed that Officer Salt was alive until approximately 15:50, when he entered Timmy’s duodenum. At that time, a breach occurred in his suit, he followed protocol, and entered conscience stasis, but there was a fatal malfunction caused by Timmy’s digestive fluids entering the suit. The program was not able to keep Officer Salt alive and he passed on. Afterwards, he passed through the small intestine, where he was further digested by enzymes made in Timmy’s pancreas, entered the large intestine where he was robbed of any water he may have retained and was further digested by bacteria stored in both the large intestine and the appendix, (use of bacteria from the appendix was present due Timmy’s recent recovery from the flu, and reserves were broken to compensate for the lack of bacteria in the large intestine.) After that, Officer Salt was stored in the rectum, and released through the anus. We sent multiple search parties to the scene of Timmy’s elimination to find any remains of Officer Salt, we found only his suit, complete with logs of his final moments, which will be sent exclusively to his family and anyone his family decides to share it with.

In loving memory of Officer John Salt, 2013-2014. May your soul rest in eternal grace 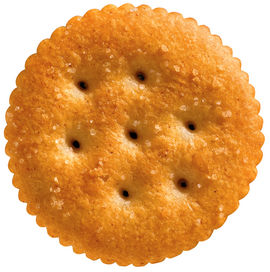